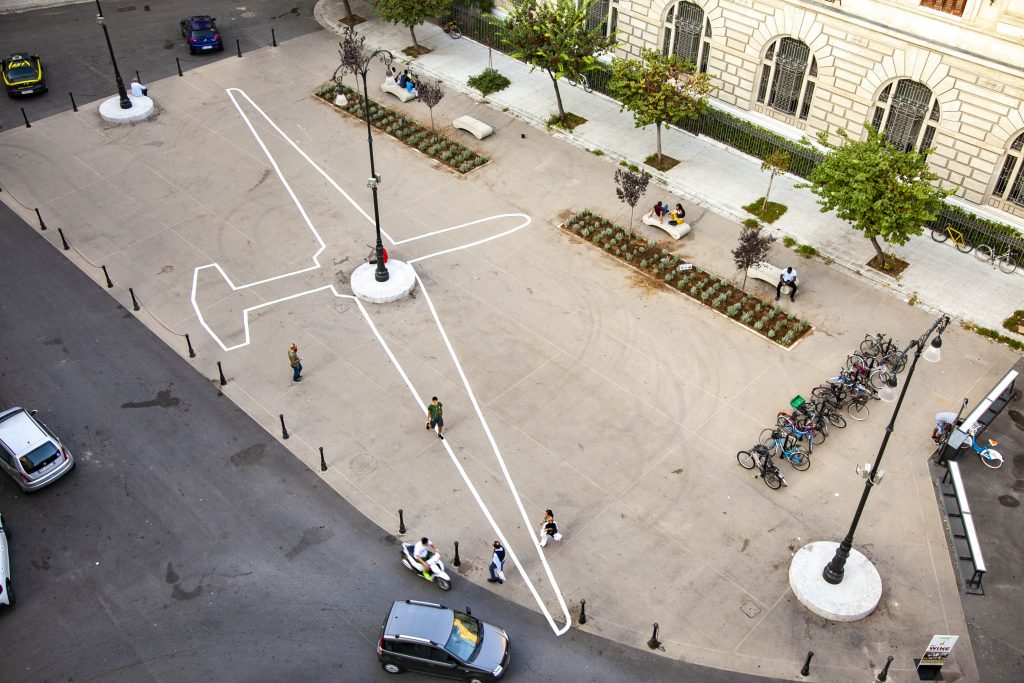 James Bridle, Drone Shadow (2013 – on going),  in occasion of the show “Preferire l’ombra”

Cassata Drone founded (CDEA) in 2017 by g. olmo stuppia with project manager Chiara Bordin and curator Giovanni Rendina,  now transformed into Cassata Drone Expanded Archive (CDEA) is a vision of Sicily and the Mediterranean as a poetic matrix. CDEA  is the typical cake made for Eastern nowadays super industrialised (from arab term Quas’at) mixed with the strong presence of military drone devices that’s strike every night to Lybia, Ukraina and other “non-western targets” as discovered also by The Intercept and La Repubblica.  So art, research and education labs shape a new peacefully paradigm for Sicily and the Mediterranean coast based on cooperation.

CDEA works on the landscape space of the Regione Siciliana  (Europe’s largest island after Brexit) as a contemporary art project and community nomadic platform. CDEA is a multilayered narrative of Sicily.  Sicily is made of blood and myth. Of military devices and struggles. Sicily as stratifications of ingredients and colours, Sicily as “archaeology of the future”. Sicily as a “colony” of historical superpowers, Sicily as a scream from the sky.

The project is ongoing with actions, walks, radio podcasts and new exhibition productions after having produced Cassata Drone in 2018, Désolé in 2019, Prefer the Shadow in 2019 (Fond. Sant’Elia), Archéologie du futur in 2019 (INHA Paris), and My Heart Has Seen Too Many Dawns in 2021 (Spazio Aita, Vucciria, Palermo).  Soft Powers (Maca Alcamo, Basel, Montpellier, Paris) in 2022. Cassata Drone Expanded Archive is preparing to make The Thunderbolt of Athena in 2022/2023.

Cassata Drone Expanded Archive is also a long-term performance by g. olmo stuppia. A nomdic box of free artistic actions and an independent space in a rationalist building from 1937 that was bombed on 8 March 1943 by the Royal Airforce and is now co-housed by the collective Il Pavone , which is fully part of the project’s community in the infinite “ongoing process”.

The flat housing this nomadic reality was inhabited by the urban planner Arch. Fabio Lombardo was also visited by Master Carlo Scarpa. It is located in the south wing on the top floor of Via Malta 21 in Palermo. The next two-year period (2022-2023) will be dedicated exclusively to intellectuals, artists and researchers who focus on the power of islands, in a critique of surveillance systems to render this particular sensitivity to “external” spaces such as volcanoes, countryside and the world’s seas.

Cassata Drone, that’s  has become an expanded archive, presents Désolé, an exhibition by g. olmo stuppia with an intervention by Alterazioni Video in Palermo, in the penthouse of a historic building in Via Malta 21. The installation is the second exhibition of the research project Cassata Drone which has been investigating Sicily’s geopolitical situation with its strong connotation to the militarisation of the island for more than a year. Recently presented at MACRO Museum of Contemporary Art in Rome, the nomadic archive is a reality in construction that is continuously enriched with contents and images from the direct exploration of the territory, ongoing theoretical studies, organised workshops (last La Sughereta – The Cork Oak, conducted by Andrea Masu) and the involvement of artists, scholars and researchers – http://moussemagazine.it/desole-cassata-drone-expanded-archive-palermo/

Cassata Drone open to the public within a private house that, for the first time, opens itself to the public for free. Cassata Drone show was curated by Giovanni Rendina and conceived by g. olmo stuppia . The three artists will be interacting with one room each transforming them into three different immersive installations.  Built-in the modern ascist style, the apartment is located at 21 Via Malta, 90133, Palermo, Sicily .  The project was created to investigate the layers of the typical Palermo cake “Cassata Siciliana” and the presence of military drones (UCAV) in Sicily as its contemporary representation. http://myartguides.com/exhibitions/cassata-drone/ 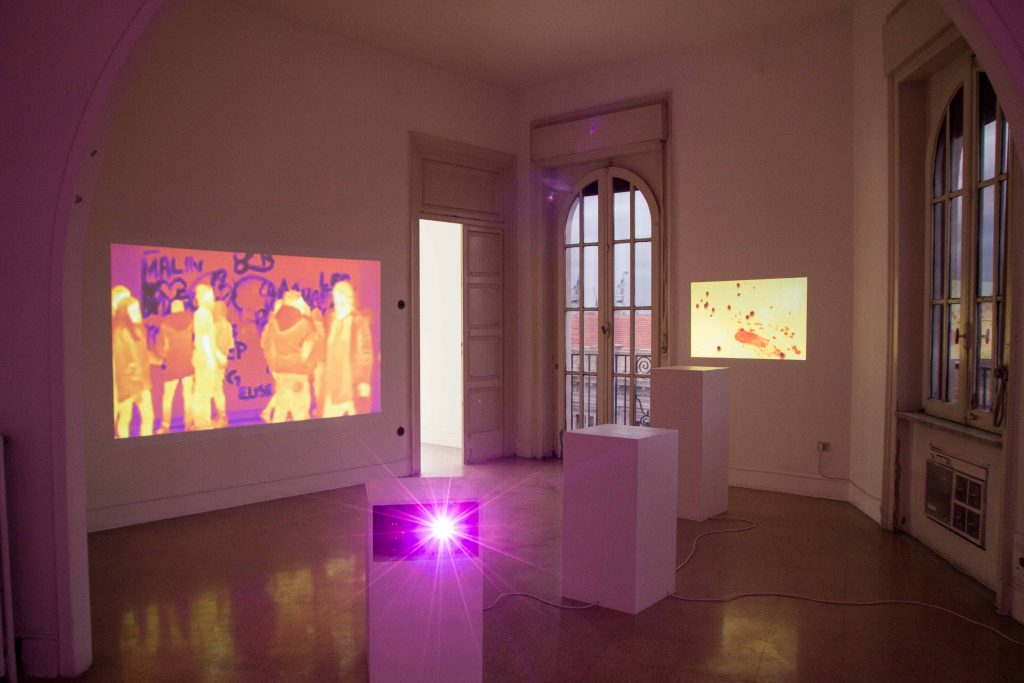 Art under the starry sky

a Deep Sicily walkscape workshop led by Andrea Masu (AlterazionI Video), Saverio Bonato and g. olmo stuppia with a in tend base camp at Mazzatino (CT) countryside. With the support of IUAV University of Venice Dep. Visual Art & Fashion.

DOWNLOAD HERE  INFORMATION and the program day by day:

This event is generously supported by OCA Norway 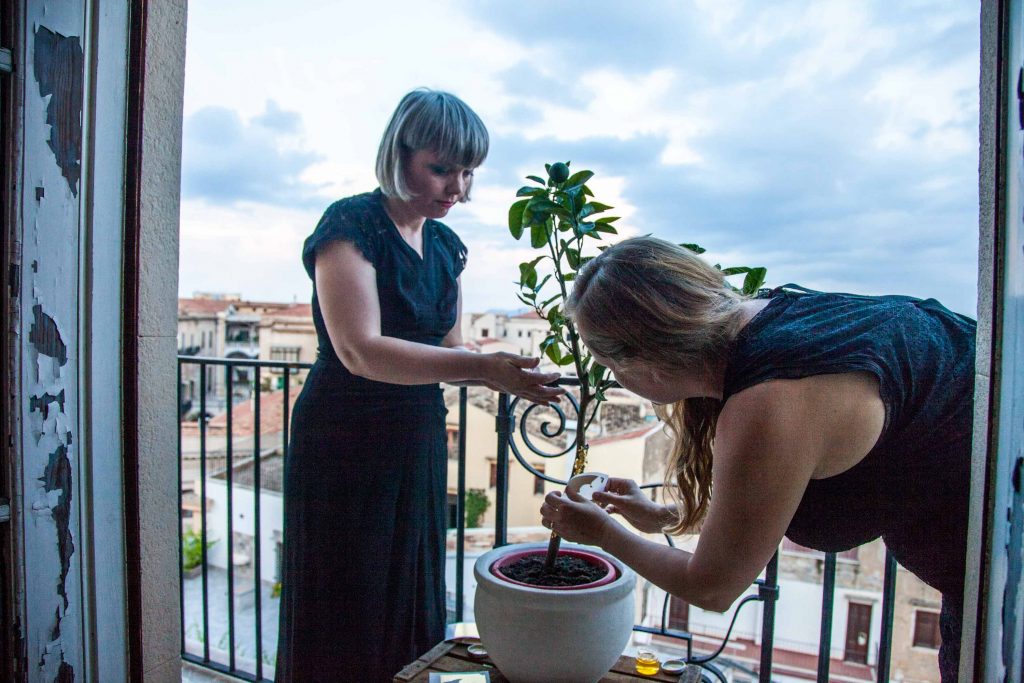 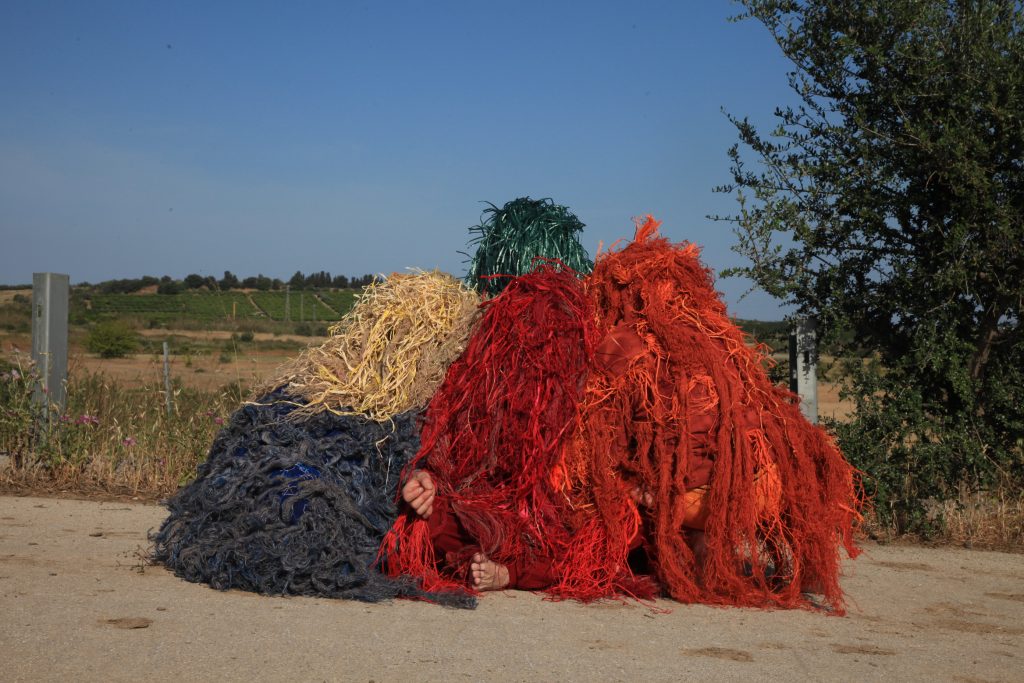 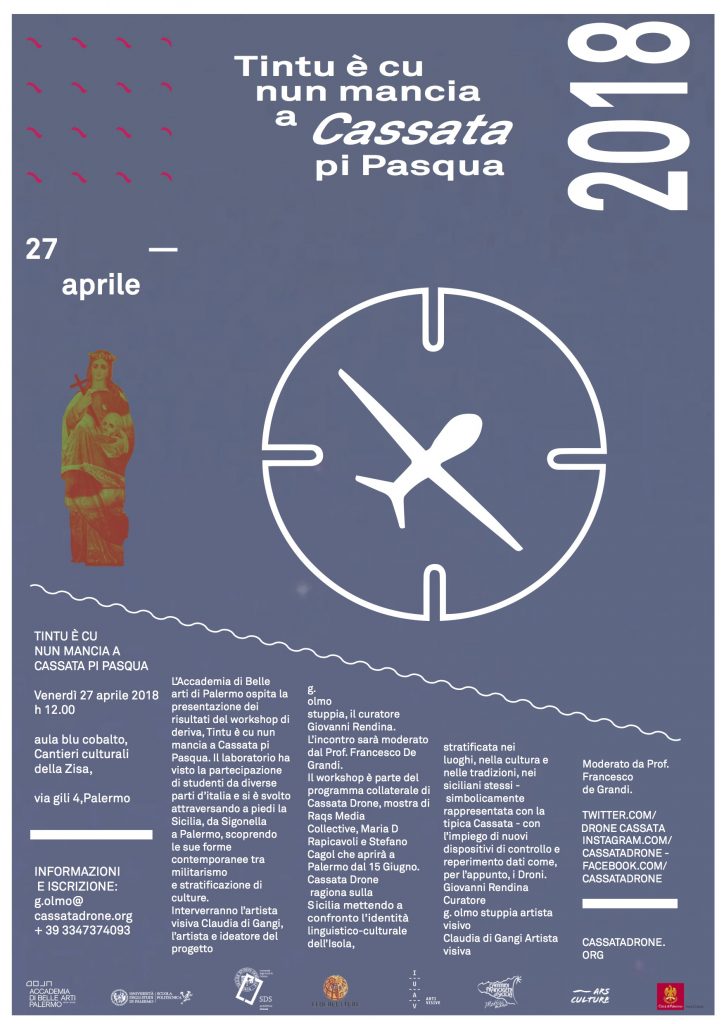 Under the patronage of University IUAV of Venice, University of Architecture of Palermo, SDS of Siracusa (Catania) 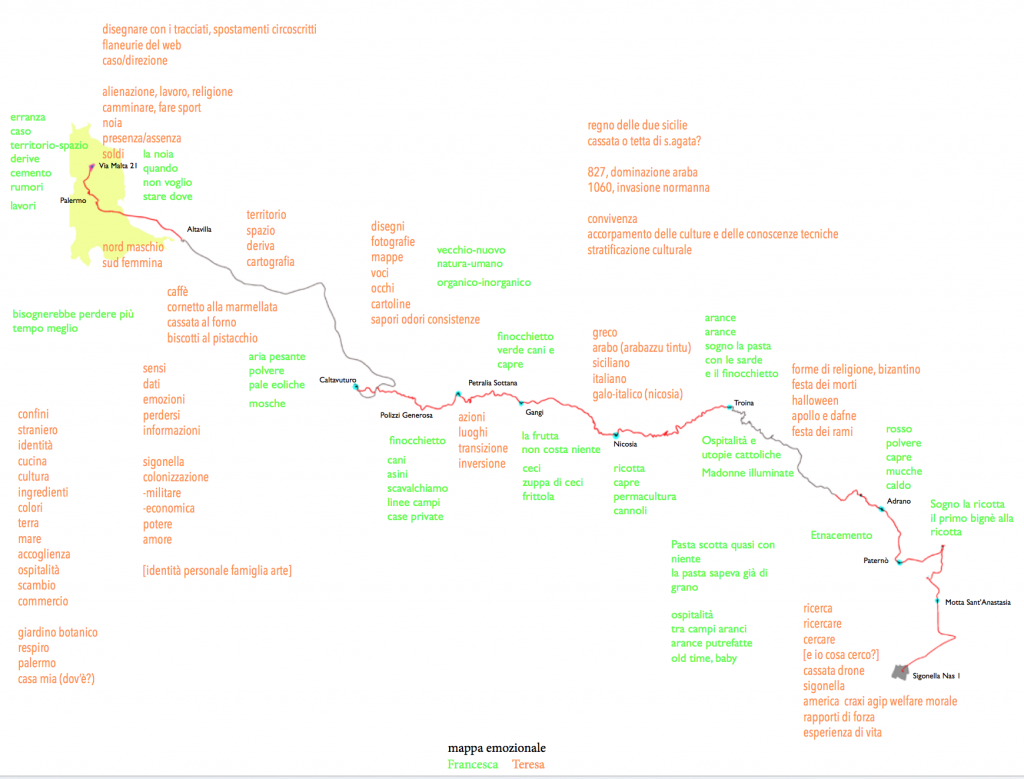 23.03.2018 Performance  Cassata Drone public launch “Like the Sound of an Earthquake”, Barrieracontemporanea

Like the sound of an Earthquake, Turin, Barrieracontemporanea made possibile by Robe di Droni Torino

LIKE THE SOUND OF AN EARTHQUAKE – first performance cassatadrone from Cassata Drone on Vimeo.